What will the architecture of the future look like?

Imagine a world where skyscrapers can walk, entire buildings can shift their form, and even prisons can 'float.'

The innovative winners of the 2010 Skyscraper Competition, held annually by eVolo magazine, have designed amazing buildings that aim to 'change the way we understand architecture and its relationship with the natural and built environments.'

In judging the entries and selecting the winning forms, 'globalization, sustainability, flexibility, adaptability, and the digital revolution, were some of the multi-layered elements taken into consideration,' eVolo explains.

Check out the designers' incredible skyscraper creations below: 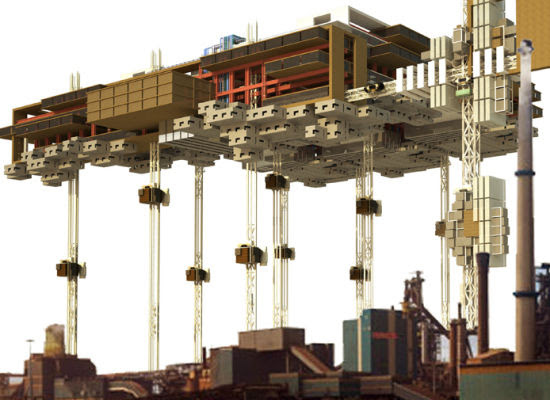 Their "Vertical Prison" concept envisions a prison high above a city where inmates will live and work in factories and fields during their sentence. This will produce usable goods for the city below and the inmates will gain productive skills as a form of rehabilitation. 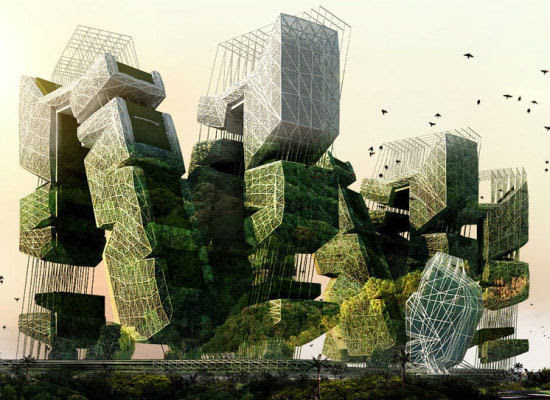 As a response to Indonesia's increasingly polluted rivers and growing slums, the Water Purification Skyscraper will use a three-phase system to clean up the rivers. Furthermore, it will relocate the people living in the slums into the skyscraper and employ them at the purification plant. 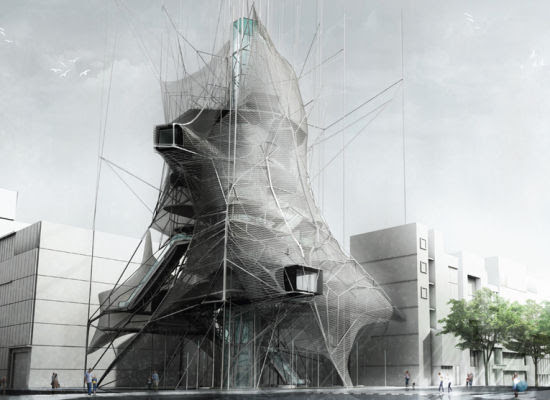 Their design uses multiple layers of advanced materials and robotic construction to adapt and respond to solar and wind exposure. A series of robots will create the primary structure and a secondary set of robots will be programmable and change the structure as desired by thickening or shifting. 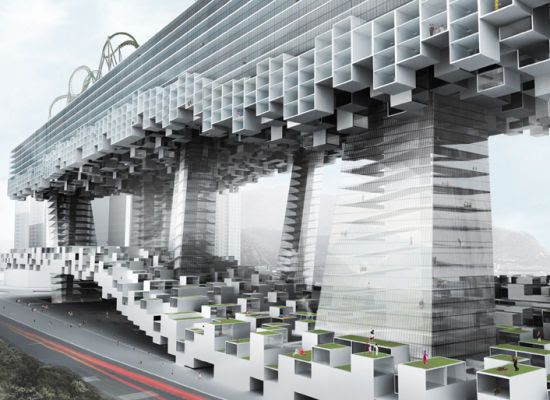 The "Double Stuffed Skyscraper" by Viktor Ramos and Richie Gelles of the United States takes inspiration from current trends in architecture that create multi-purpose structures--in this case orienting residential units above a shopping center housed below.

The Double Stuffed Skyscraper aims to maximize space to better service both the public and residents by breaking up, redistributing and sharing amenities. 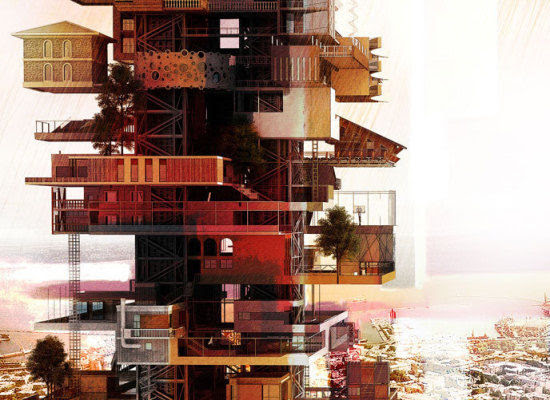 "Vertical Street City" by Sergiy Prokof`yev, Arsenii Kuznetsov, and Oleksandr Garashchenko of the Ukraine is a response to the solid and static state of current skyscrapers.

The Vertical Street City will instead develop over time and take its form from the people living in it, molding to fit their needs. The design is not identified as apartment living, but each level was intended to function as an independent, individual house. 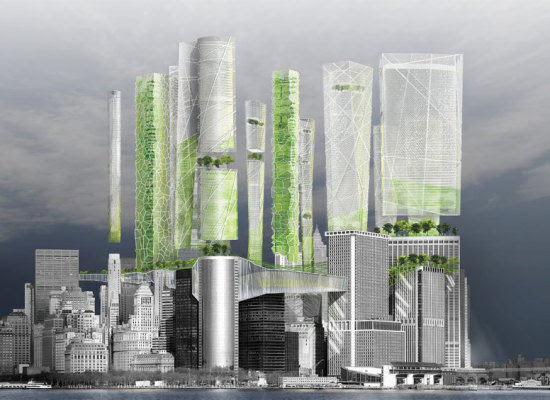 The team of Axel Cailteux, Céline Hautfenne, Julie Neuwels, and Delphine Termote from Belgium designed the Skyscraper Ecosystem in Manhattan to be self-sufficient.

The design creates another city above the current level of skyscrapers that will house the necessary infrastructures for self-sufficiency, including a "photovoltaic skin and wind turbines for the electricity production, lagooning for the waste water purification and recycling area." 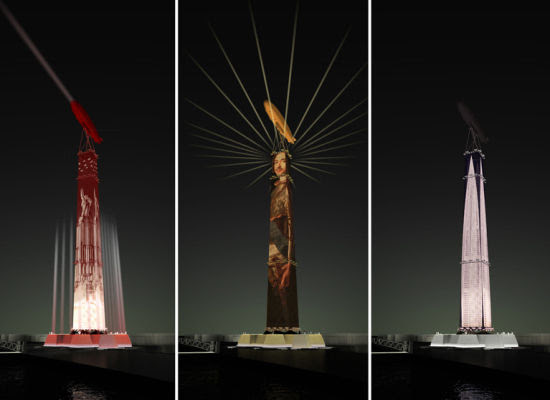 The "Immaterial Skyscraper" was designed by Mikhail Belyakov, Vyacheslav Borisenko and Pavel Pechurkin of Russia.

This skyscraper concept is a "skyscraper made of light." A large net would be suspended from a zepplin floating above the building, and lasers would be used to project images onto the net enshrouding the structure, to allowing for a myriad of images and forms to be projected onto the surface. 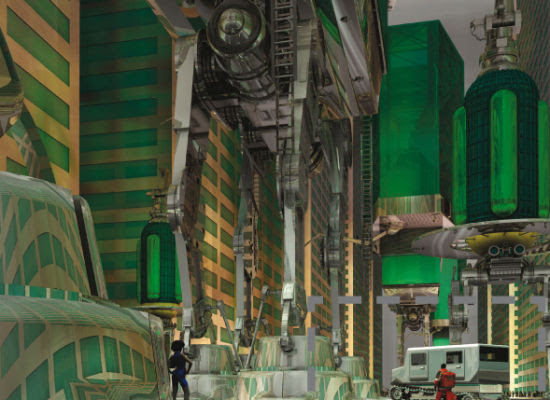 Anton Markus Pasing of Germany envisions this "Walking Skyscraper" as a walking plant museum that, in the future, could return greenery to cities by walking through it in. 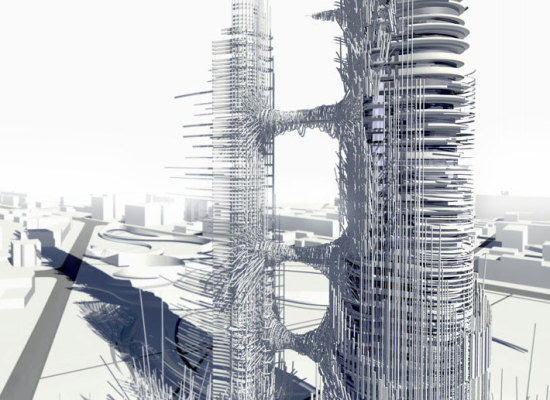 The "Wind Tower" by Elena Batueva of Russia focuses on filling the need for medical service buildings. The design is for a modern, self-sufficient building that would harness wind power for its energy needs. There are also numerous locations where medical helicopters could land. 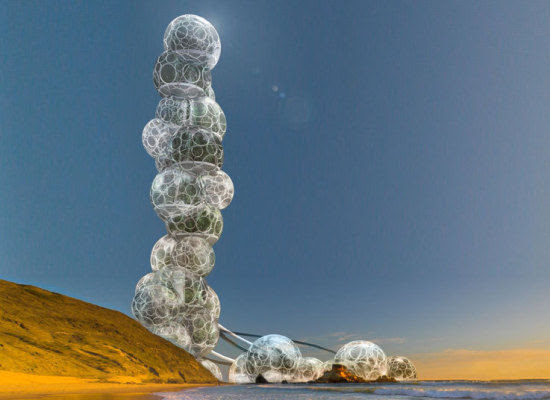 This series of 'bubbles' that make up the skyscraper use tidal-powered pumps, mangrove trees, condensation and gravity to do much of the purification and redistribution of water. 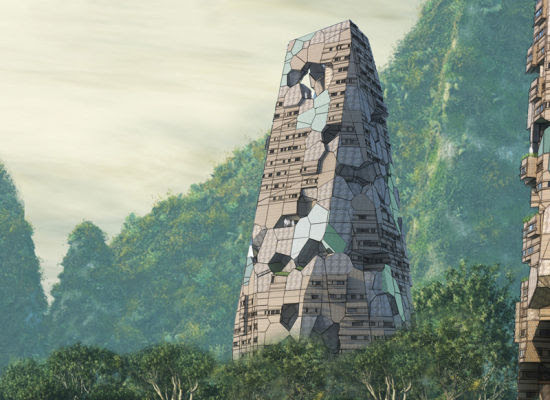 "Hermit Mountains" was designed by Hongjun Zhou and Lu Xiong and is designed to be a sustainable tower retreat for people seeking solitude and meditation. 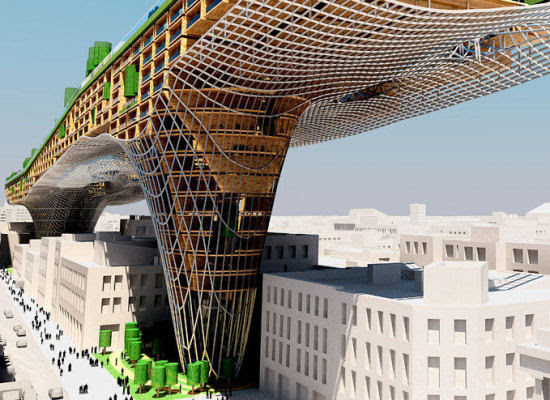 Ayrat Khusnutdinov of Russia created the "Sky Table," a concept for a new kind of skyscraper and public space.

The building is made up of a number of interconnected cells and pillars that are meant to facilitate community and relations. 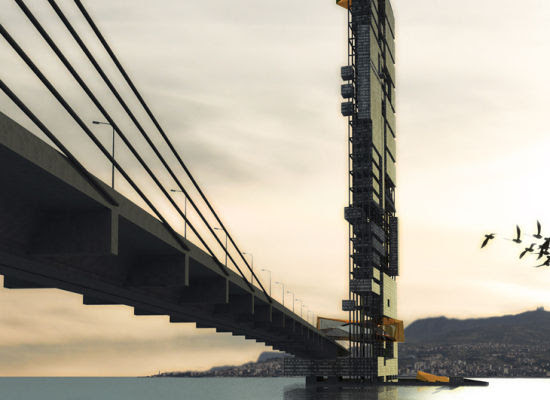 The "Strait of Messina Skyscraper" would bridge the gap between Messina and Reggio Calabria and will essentially become a vertical city. 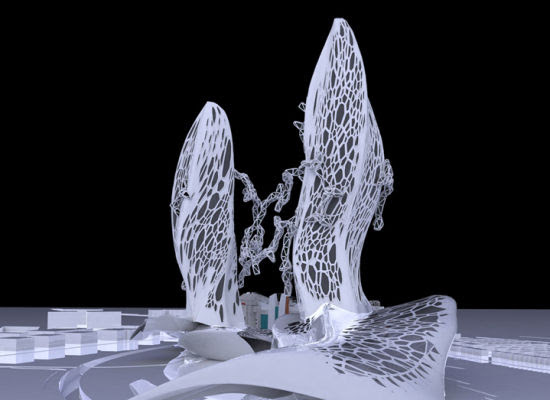 Designed by Hong Wong and SheungHok Lim from the United Kingdom, Structural Cell Skyscraper explores the idea of a skyscraper made of a cell-structural system that would allow individual cells of the building to be moved and the building reshaped. This will allow flexibility to house the ever-expanding urban populations of the world's cities. Posted by ArtfulMind.BIZ at 6:23 PM