Can Twitter actually help my business or is it a complete waste of my valuable time?
This was the very question I asked myself only a few months back.

When people I respect started singing the praises of Twitter, I decided to give it a go. At first I just didn’t get it. However, after a short while I was shocked at the level of access to high profile individuals I was able to achieve.

This article reveals how bestselling authors and business professionals use Twitter to grow their businesses and reveals ideas you can employ to achieve Twitter success.

In fact, I used Twitter (and LinkedIn) to source much of what you see here!

Here’s what you need to know. According to the State of the Twittersphere report, each day 5 to 10 thousand new people join Twitter. Current estimates of total users top out around 5 million. That’s a lot of opportunity.

It’s a constant stream of communication. The good news is you can turn it on or off as often as you like. Twitter also keeps a public record of all updates, which can be mined with Twitter Search.

Twitter is not just a fad. When very high profile folks begin evangelizing Twitter, it’s worth closer examination. Here’s what some of those gurus told me:

Duct Tape Marketing founder John Jantsch identified 3 BIG advantages of Twitter
(1) I get great insight when I ask questions,
(2) let’s face it, I get traffic, and
(3) people on Twitter spread my thoughts to new places.”

Tony Hsieh, CEO of Zappos.com said, “We’ve found that Twitter has been a great way for us to connect on a more personal level with our employees and customers. We use it to help build our brand, not drive direct sales. It’d be like asking how does providing a telephone number for customer service translate into new business when they are mostly non-sales-related calls. In the long term, Twitter helps drive repeat customers and word of mouth, but we’re not looking to it as a way of driving immediate sales.”

Bestselling author David Meerman Scott said, “I have personally connected with hundreds of people I otherwise wouldn’t have, and I booked an interview on NPR and a big daily newspaper using Twitter.”

Copyblogger’s own Brian Clark said, “Twitter Search is an amazing way to see what people are saying about your products or services. For example, I’ll do searches for Thesis Theme and people will be asking questions about our WordPress Theme. I’ll use the reply function to answer the question, which has led to direct sales. Plus, my answer creates awareness of Thesis for others that follow me. It’s a form of constructive promotion.”

Be sure to check out this Business Week article that surveyed 18 CEOs and how they’re using Twitter to help their businesses.

This is where it gets interesting. A lot of people are doing some very innovate things with Twitter. Here’s some of their stories.

“Following the right people on Twitter was key. There are some people very gifted at building relationships on Twitter. As I followed these online community builders, I realized that some of them are also excellent direct response copywriters. They get their Twitter followers to take action,” said King.

“Light bulbs went off, and I spent a weekend putting together a tweet marketing plan and entered in 6 weeks worth of tweets, 5 a day, using TweetLater. I used a mindmap, created categories, varied times on tweets and used BUDurls so I could track results and improve my tweet plan the next time around. That was a month ago,” explained King.

When King finds a spare minute between projects, she logs into Twitter and watches what folks are talking about. When she Tweets, about 90 percent of the time she presents useful information and resources to her followers. The remaining tweets are surveys and questions. Following this strategy, King saw an 800 percent increase in inquiries about her business after she setup her Twitter campaign.

Getting In Front of High Profile People

B2B copywriter Terri Rylander took a much different approach. At first she was very skeptical of Twitter. “I looked at it but couldn’t figure out why people would continually send out messages about the size of a text message, unless they were a teenager. Twitter was for sending updates they said. I don’t have time for updates, and besides, who would care?” said Rylander.

She later came across a peer in her industry that was using Twitter and suggested Rylander follow her on Twitter. “That’s when I discovered Twitter as a business tool. I’ve been in my particular niche for over 10 years and know who the players are (though they don’t know me). When I checked who she was following on Twitter, there they all were! It read like a “Who’s Who” list.”

Rylander joined Twitter and began following and interacting with the people she respected. “Other than a cold call on the phone or e-mail, I would never have the chance to get my name in front of vendors, industry analysts, and industry experts. I’ve had a number of Twitter conversations that have also led to personal conversations.”

To stay top of mind with experts, she offers interesting links, responds to tweets, and posts her thoughts for conversation at least a few times a day.

Pam O’Neil, VP of Marketing at BreakingPoint said, “Twitter has all but replaced our PR agency as a large percentage of our followers are press and analysts. A writer for ZDNet wrote about us and linked to us based on something we tweeted and that resulted in a huge spike in web traffic and at least one deal with a major service provider.”

Mike Damphousse of Green Leads said, “Twitter is new to us. That said, in a few short weeks we’ve had definite increase in all sorts of traffic. Out of the normal inbound leads, the number has increased 15% and two of the inbounds are now active pipeline opportunities. We’ve found one extremely valuable partner relationship. We are also building PR relationships, although finding the contacts is a bit of a chore.”

Are you beginning to see the potential here?

Twitter has a whole world of available support applications you can employ to gain the most of the service for your business. Here’s a few of my favorites:

TwitterFox: This Firefox web browser plugin allows you to view Tweets within your web browser (in a popup menu). This is very handy and eliminates the need to constantly go to Twitter.com.

TweetLater: This powerful service allows you to schedule tweets (much like you would schedule emails). Another very powerful feature is the ability to receive email digests of keyword activity in the Tweetosphere. This allows you to join a conversation or track topics and trends.

Ping.fm: If you have accounts with many services, such as LinkedIn and Facebook, this amazing site allows you to post updates across ALL of your social media sites in one single step.

And just in case you get addicted to Twitter, here’s some advice from one of the leading authorities on Twitter. Chris Brogan says, “Most people who see Twitter the first time either flat-out ‘get it,’ or they say, ‘why bother?’ Here’s what people miss. They believe one should read every single update that rolls across your screen of choice. Don’t. Just let it roll past like a stream.”

So what are you waiting for? Go check out Twitter and report back here with your experience.
Has Twitter already helped your business? If so, tell us your story. 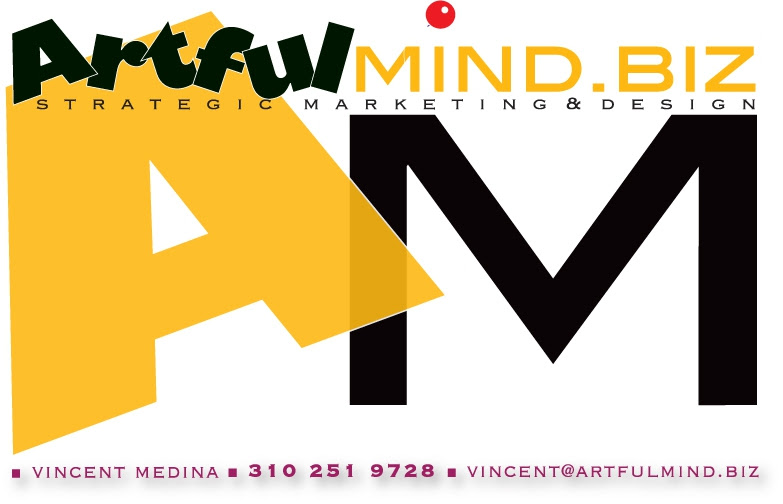 Posted by ArtfulMind.BIZ at 9:10 AM